I got a new waffle maker for Christmas this year. Over the holidays I made a few buttery, white flour waffles and they were fantastic but we're back to everyday healthy eating.

I always make a hot breakfast on the weekend for my family and I came up with a waffle idea last night and I just had to figure out how to make it!

So here it is- Bananas Foster waffles, the clean version! 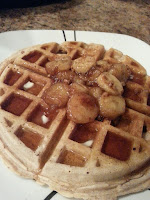 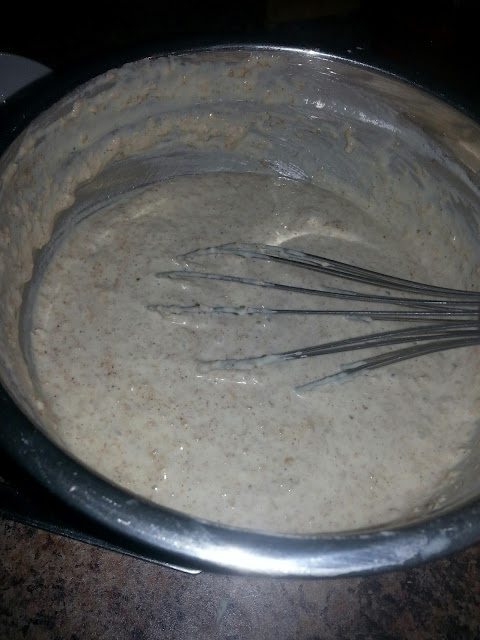 3) Cook in waffle maker until browned. Keep warm in the oven. 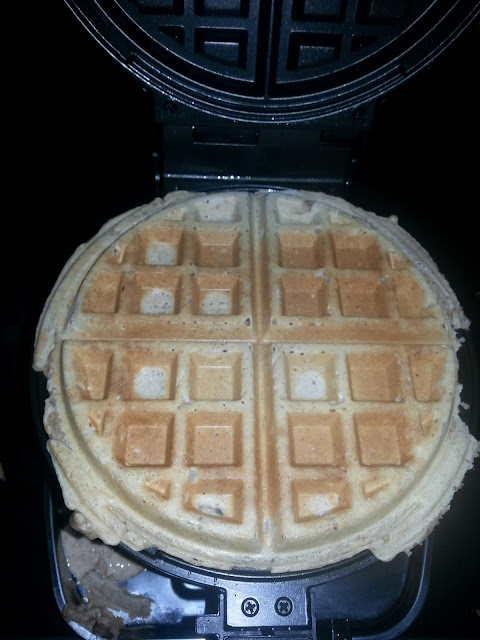 And now for the topping....

6) Cook until bananas are caramelized.

7) Put banana mixture on top of the waffles and enjoy! 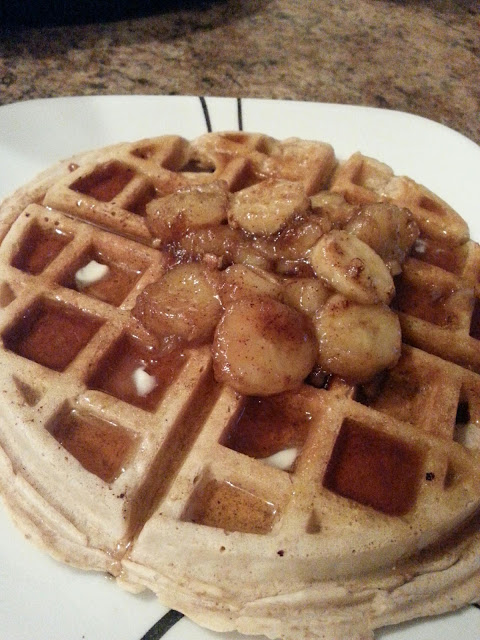 I even put a bit of butter on my waffle since it's treat day! ;)
Posted by Hediellia at 3:30 PM No comments:

Since we moved we have been busy building garden beds, cutting down damaged trees and making this house our own.

I managed to have an amazing garden this summer which yielded over 30 lbs of tomatoes and lots of spaghetti squash and zucchini. I loved growing our own healthy food so we built some more raised beds a few weeks ago in preparation for next year!

I'm learning to appreciate all of the seasons since moving here. I really don't enjoy winter too much, but I am starting to get used to it and enjoy some of the outdoor activities we can do as a family. I also love the frost covered trees and pure silence the country has to offer.

Almost two weeks ago we added some chickens to our acreage. We got a rooster and two hens and I love everything about them so far. I look forward to opening up their coop in the morning, Joseph the rooster crowing and hearing their cute little noises when they hear me bringing their food.

Unfortunately there have been ups and downs in our clean eating since we moved. We're further from the grocery stores so sometimes we end up with less vegetables on our plates than I'd like! We're working on it though and I got a FitBit from Matt so I'm also increasing my exercise.

I had better sign off for now. A certain toddler is looking for someone to play blocks with. I have attached a few pictures of our new home and goings on around here. 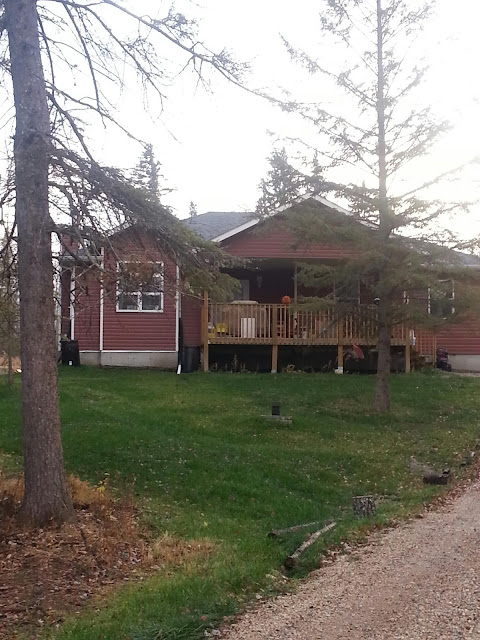 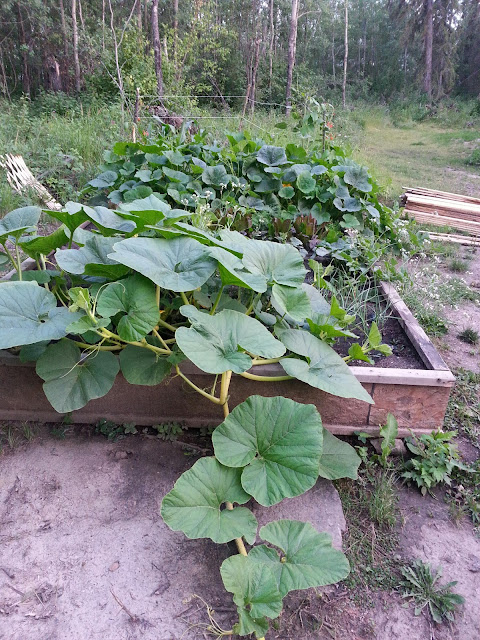 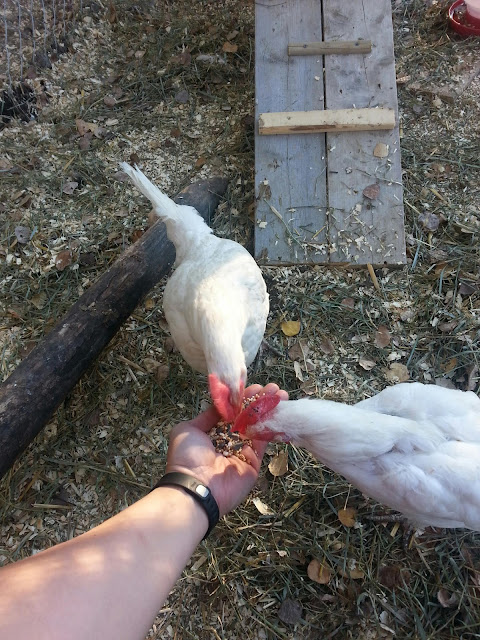 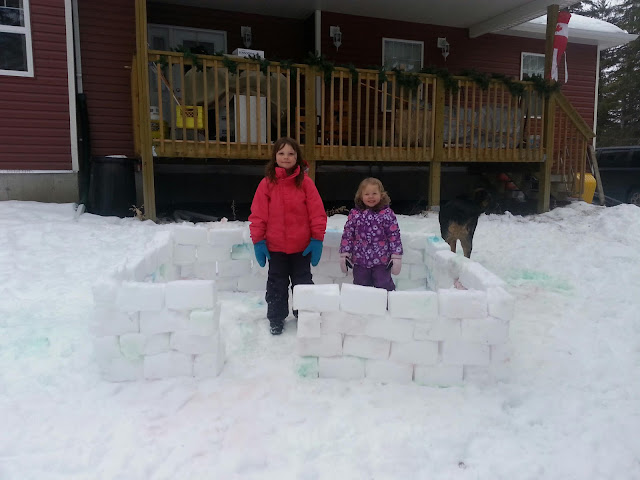 Posted by Hediellia at 10:16 AM No comments:

Our family fell of the clean eating wagon big time over the holidays! So we decided to start back at it on January 1st. We had become addicted to sugar once again and that was the biggest hurdle to overcome. I started an event on Facebook with other friends to keep myself accountable because I was worried I would give in too much. The rules were simple- no refined sugar, whote flour, preservatives or alcohol for one month with the exception of one treat per week.
The sugar cravings were the hardest to overcome at first, I admit that I did eat a little chocolate but the more I resisted, the easier it got. This is how I found out that sugar truly is an addiction! I was in such a habit of heading straight for a Starbucks or grabbing a chocolate bar every time I did groceries, but after a month of resisting I don't even think about that Starbucks or chocolate fix.
During Abbey's birthday weekend we ate pizza and cake all in ine day. It was the sickest Matt and I have felt in a long time. We suffered with horrible stomach cramps and flu like symptoms the next day. That sealed the deal for me and made me decide that, that garbage food was poisoning our bodies!
I also starting working out 4 times a week and that alone helped me feel amazing. My sciatica starting getting betteragain and my aches slowly went away.
I am proud to say I stuck to my "rules" for January and didn't even have a drop of alcohol (mostly because I didn't want to waste my weekly treat on it!). I lost almost 10 lbs and feel amazing. Now that we are back on the right track, I plan on keeping it that way for good!
Here I am after a month of clean eating with clear skin and happy guts! 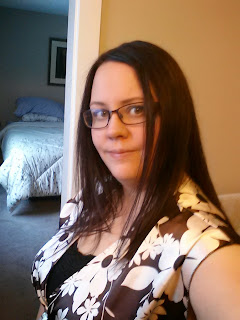 Posted by Hediellia at 7:23 AM No comments:

Our family fell off the clean eating wagon over the holidays, but we decided we'd better hop back on ASAP. And so far, so good! Then I realized Abbey's 3rd birthday was coming up and I had to think up a healthy birthday cake for her family party since we always do a small one on their actual birthday. She loves carrot cake and cream cheese so Isearched online but pretty much every recipe was full of fat and sugar! That's when I decided to take a bunch of recipes and create my own.

This recipe makes one small cake pan and a couple of muffins. 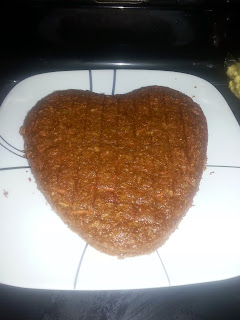 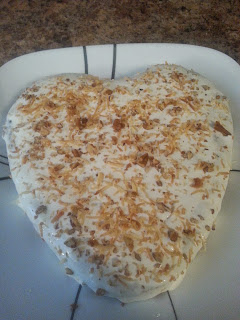 The birthday girl enjoyed her cake very much and I hope you do too!
Posted by Hediellia at 9:14 PM No comments:

Our Lives Have Changed

I apologize for being away from the blog for so long. So many things have changed in our lives which have kept me so busy!

One awesome change has been our home. We sold our 30+ year old, 1000 square foot home in the city and bought a beautiful 1 year old, 1400 square foot home on almost 3 acres of land outside of the city. It has been a huge adjustment for us all but I think now we're in our groove and loving it! I was a little sad to leave our old home behind but more excited for a new adventure as a family. This is a picture of us at our new home the day we got posession. 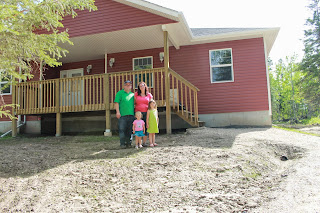 We started out with absolutely no grass, but it has filled in so my hubby enjoys mowing it on his new tractor. Ceili, our oldest loves to help too. I have learned all sorts of things like how to use a chainsaw, log splitter and more! We are on a bit more of a budget since we moved so I have gotten very good at baking all of our own bread as well. We have met quite a few of our neighbors in the subdivision and a few people close by. Everyone has been very welcoming and kind to us. 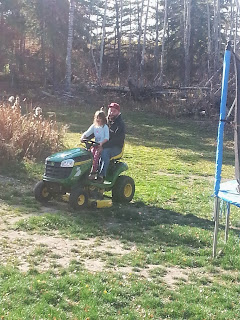 We have had a cougar issue around our home since the beginning of fall. It is a cub and has been hanging around our yard and the neighbors. The first time my hubby saw it was when our dog and it scared eachother at the edge of the treeline. They both went jumping backward in the air! Since then we have seen it a few more times and have become much more aware of our surroundings. Ceili is a little more frightened than her sister so we have to keep reassuring her that it's not going to get her. Animals are part of living in the country and we just need to get used to it, although this cougar should probably be moved since it seems to like humans!

All in all we are happier now than I think we have ever been. We are enjoying "camping" in our home and seeing all of the nature around us. I really love the fact that we have so much space and can do what we want when we want to and the loudest noises we hear is the wind for the most part. I am in love with our new life.

Posted by Hediellia at 11:59 AM No comments:

Last Monday morning I got some horrible news. My friend texted me and said our friend Tammy had passed away. At first I couldn't believe it because she was only 38 years old. As it sunk in I started to shake and cry. All I could think of were her boys. They are only 2 and 4,  they can't lose their Mom!

She was going through alot of heartache that she didn't deserve. Her husband left her and ever since then she was sick and the doctors couldn't quite figure out what was wrong. Despite feeling awful and wanting to stay in bed, she got out of bed every morning and make every moment with her boys count. She made them special breakfasts, went bike riding, walking and on nature adventures! She didn't have alot of money, but she had alot of love. We helped her out with clothes and toys for the kids (and a few special things for her!) at Christmas and she made this past Christmas magical for them. I'll never forget when she wasn't feeling well she said to me "Whatever it is, I'm one tough SOB".

As I thought about her death and how it was so unfair, I thought to myself "why is this happening? There must be a reason". What I think is that God is trying to teach us to cherish the time we have with our loved ones and tell them what they mean to us. He took Tammy because she was hurting and needed rest. She lived every minute of those 38 years of her life to the fullest; she loved big, laughed hard and was so vibrant. She was beautiful inside and out.

Now I find myself thinking about everything before I act or speak. I am appreciating the small moments and pushing the stress aside. The small giggles shared between my girls, the kisses, the cuddles, everything feels so much better when we stop taking things for granted.

Thank you my friend for teaching me these lessons. You will forever be in my heart! ♥ 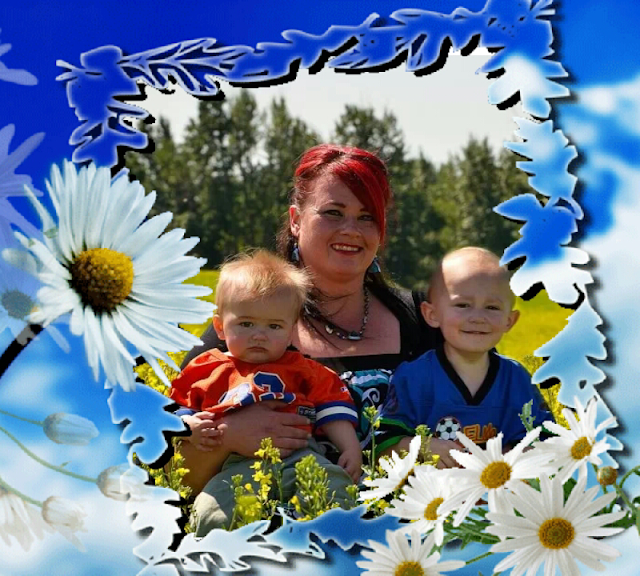 Posted by Hediellia at 9:19 AM No comments:

I was looking for a decent muffin recipe for breakfast this morning and just couldn't. I found some that sounded delicious but I didn't want to eat a bunch of wheat first thing. Then I came across one with no wheat that sounded perfect, so of course I had to adapt it and try it!

So, here is my recipe for the most delicious muffins I have had in a long time! As a bonus they are gluten, dairy and sugar free.

5) Spoon into greased/lined muffin tins and bake for 22-25 minutes.

These were such a hit, even our 2 year old had 2 muffins for breakfast! 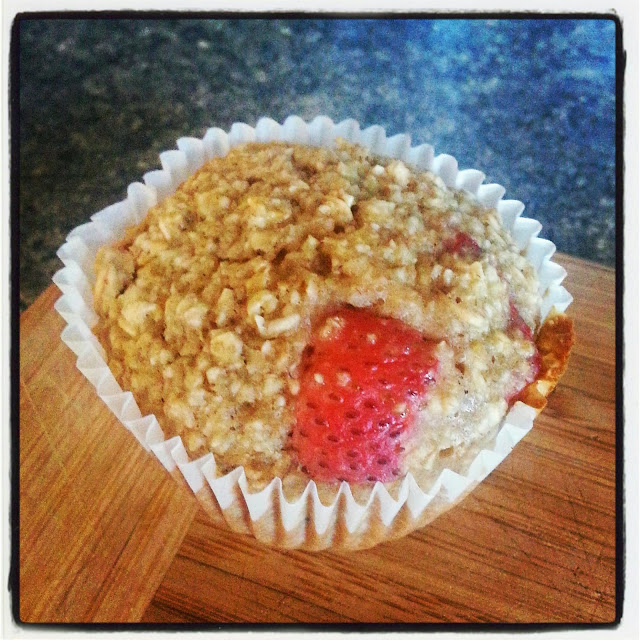 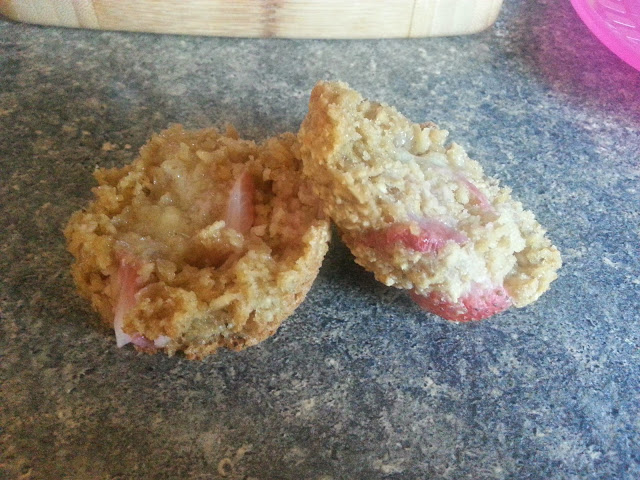 Posted by Hediellia at 7:21 PM No comments: 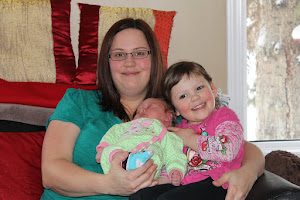 Me and My Girlies!